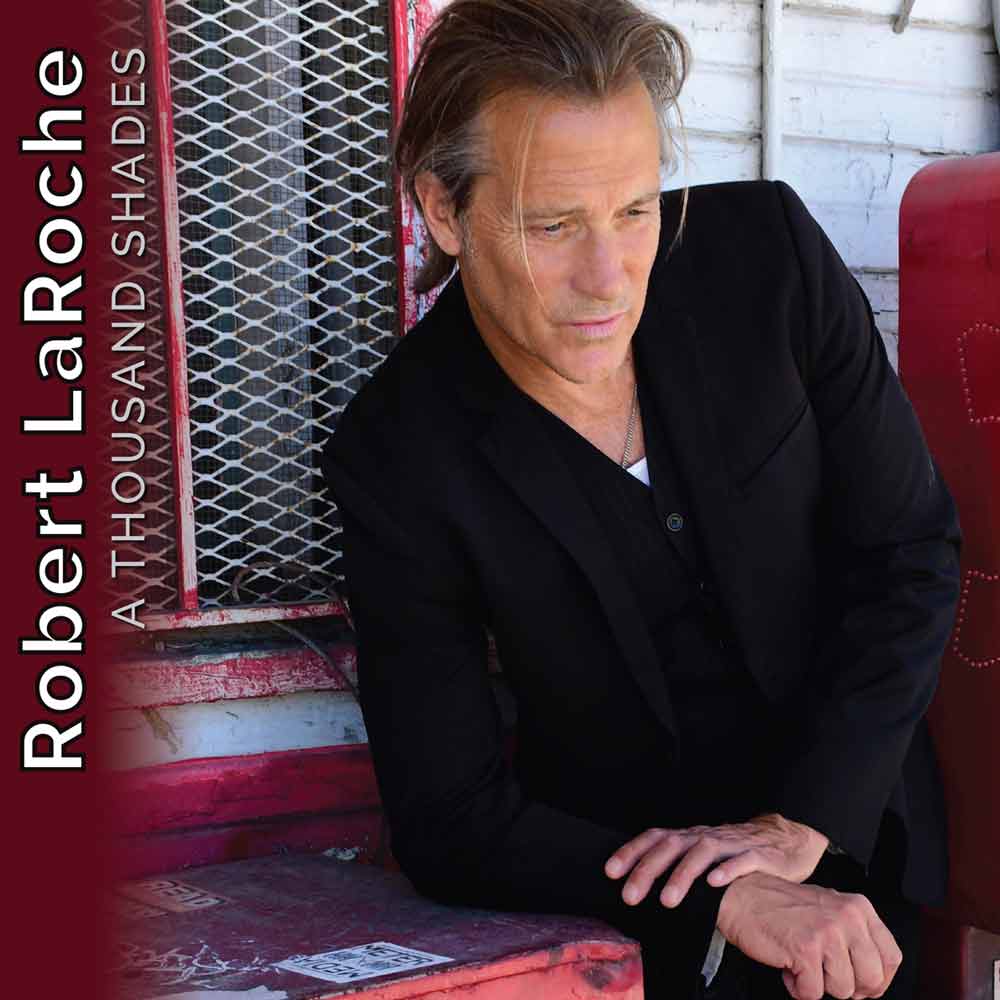 12. July 2019
Robert LaRoche
RELIEF RECORDS
Producer: Darin Murphy
Number of discs: 1
Buy the album
1.Seeds of doubt
2.Jet blue
3.Too much at once
4.The dream is gone
5.Drawn to you
6.A thousand shades

After 10 years of touring the college\club circuit of New England, the Sighs were signed to Virgin Records and released their debut cd “What Goes On” in 1992.
The disc received fantastic reviews and the single “Think About Soul” was a staple on “Modern Rock” radio charts throughout the Summer of 1992.

The band toured America extensively with such acts as The Spin Doctors and The Gin Blossoms.

The band disbanded in 1996 and LaRoche moved on to his next career as lead guitarist and co-writer for Austin, Texas singer Patricia Vonne.
Miss Vonne has released six critically acclaimed cd’s on the independent label Bandolera Records, and has toured Europe numerous times where they have built a loyal and ever growing fan base.
LaRoche and Vonne have also performed at the prestigious Montreux Jazz Festival in 2013, where they were awarded the critics pick for “Best Live Performance”

LaRoche’s song craft is based firmly in American roots music.
Influenced by Buddy Holly, Del Shannon, and the aforementioned Everly Brothers, each track on LaRoche’s “Patient Man” is filled with endlessly memorable hooks, bathed in a warm and honest production.

The Sighs regrouped in the Summer Of 2016 to record for the first time in two decades. The subsequent release Wait On Another Day came out on NYC indie label Omad Records In November 2017. The disc received glowing reviews internationally.

In July 2019, Austin singer-songwriter LaRoche releases his latest solo effort, “A Thousand Shades”. This six song EP is bursting with irresistible hooks and LaRoche’s signature harmonies and mesmerizing vocals. Backed by many of Austin’s top Musicians, “A Thousand Shades” takes the listener on a journey of love and heartbreak, with a silver lining of redemption.

Hopefully there will be some dates in 2021